Kurt Zouma was taunted by Newcastle fans who jeered the West Ham defender and waved inflatable cats at him during Saturday’s 1-1 draw at the London Stadium.

Zouma was back in the spotlight after the France international pulled out of last weekend’s draw at Leicester, having fallen ill just minutes before kick-off.

Newcastle supporters showed no mercy to the 27-year-old, who was making his second Premier League appearance since a video emerged that showed him kicking and slapping his pet cat.

The former Chelsea centre-back issued an apology but his behaviour was strongly condemned across the football world.

Despite the outcry, West Ham boss David Moyes chose to play Zouma against Watford immediately after the video went viral.

Moyes insists Zouma deserves a second chance, but he was loudly booed by Newcastle fans throughout the match, while the inflatable cats added a surreal touch to the taunting.

West Ham fans have created an unsavoury chant in support of Zouma, but Newcastle’s 3,000 travelling supporters responded by singing: “Hey, Hey Zouma, I wanna know, how you kicked that cat.”

On the pitch, there was more bad news for West Ham as they were booed off after their bid for a top four finish in the Premier League suffered a blow.

Craig Dawson put the Hammers ahead but Joe Willock’s first goal this season earned Newcastle a point in their fight for survival.

With rain lashing down, Declan Rice failed to deal with an early Newcastle free-kick and Joelinton almost made him pay with a shot that forced a good save from Lukasz Fabianski.

Zouma made a hash of clearing Willock’s pass, but Joelinton blasted wide from close-range.

Bowen was inches away from extending his hot streak with an angled drive that Martin Dubravka pushed onto the crossbar.

Newcastle were forced to take a five-hour coach journey rather than a quick flight to London on Friday because of Storm Eunice.

They were blown off course again in the 32nd minute as Dawson put West Ham ahead.

Only Liverpool and Manchester City have scored more goals from set-pieces than West Ham in the league this season and this was another well crafted routine.

West Ham pressed for a second and Bowen’s low strike was well saved by Dubravka.

But Newcastle hit them with a sucker punch on the stroke of half-time.

Rice made a hash of his headed clearance and Willock pounced with a close-range effort that trickled in off the post. 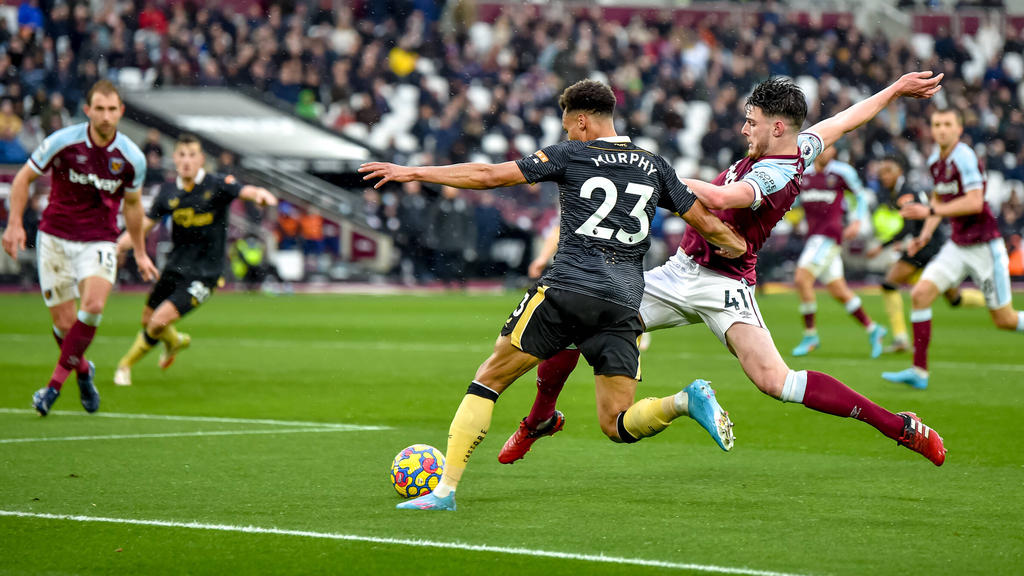