Liverpool kept the pressure on Manchester City at the top of the Premier League table and pushed local rivals Everton towards relegation with a 2-0 win in the Merseyside derby on Sunday.

The Toffees’ day got off a terrible start even before a ball was kicked at Anfield as Burnley’s 1-0 win over Wolves dumped Everton into the relegation zone.

Second-half goals from Andy Robertson and Divock Origi ensured they remained there despite a spirited display in a feisty encounter.

A 12th consecutive home league win for Liverpool cuts City’s lead at the top of the table back to one point with five games remaining.

“I’m really happy because it isn’t about flying every week, it is about getting results.”

Everton have still not won away from home in the league since August, but they dispelled criticism of being a soft touch away from Goodison Park by showing the fight they will need in the remaining six games to maintain their 68-year stay in the top-flight.

In stark contrast to Manchester United’s capitulation in losing 4-0 at Anfield in midweek, Frank Lampard’s men at least managed to make the Reds earn the three points.

“The important thing is to stick with it. The attitude and the way the lads stuck to their task today was really, really good,” said Lampard, despite his side enjoying just 17 percent possession.

Everton trail Burnley by two points and could be five adrift of safety by the time they are next in action against Lampard’s old club Chelsea.

“We’ve got six games to Burnley’s five left,” he added.

“We had to expect Burnley might win today and worry about our own job. It’s important not to get sucked into that in a negative way.”

A Sadio Mane dipping effort from the edge of the box was the sum total of the threat to the Everton goal in a scrappy first 45 minutes littered with stoppages in play.

Mane was lucky just to see yellow from one melee involving almost all 22 players after Liverpool refused to put the ball out of play with Richarlison down injured.

Everton’s 32 completed passes in the first half was the fewest of any team in a Premier League game since 2006.

However, they posed the greater threat early in the second half and were made to rue Anthony Gordon’s chance to open the scoring when he dragged his shot across goal with just Alisson Becker to beat.

Gordon also had claims for a penalty appeal waved away to Lampard’s dismay for a push by Joel Matip.

“If that is Mo Salah down the other end, Liverpool get the penalty,” argued Lampard.

With the scores still level on the hour mark, Klopp was forced to turn to his bench with Luis Diaz and Origi, a perennial scourge of Everton in derbies past, thrown on.

The all-important goal, though, came from an unlikely source as Robertson headed in just his second goal of the season from Mohamed Salah’s dinked cross to the back post.

Origi looks set to depart Liverpool at the end of the season after falling further down the pecking order since the January arrival of Diaz.

But the Belgian signed off with his sixth goal in 10 Merseyside derbies when he headed in at the far post five minutes from time.

“He doesn’t always make the squad which is ridiculous, but he is there when we need him every time,” added Klopp.

“He is a world-class striker, he is a legend and will stay a legend forever.” 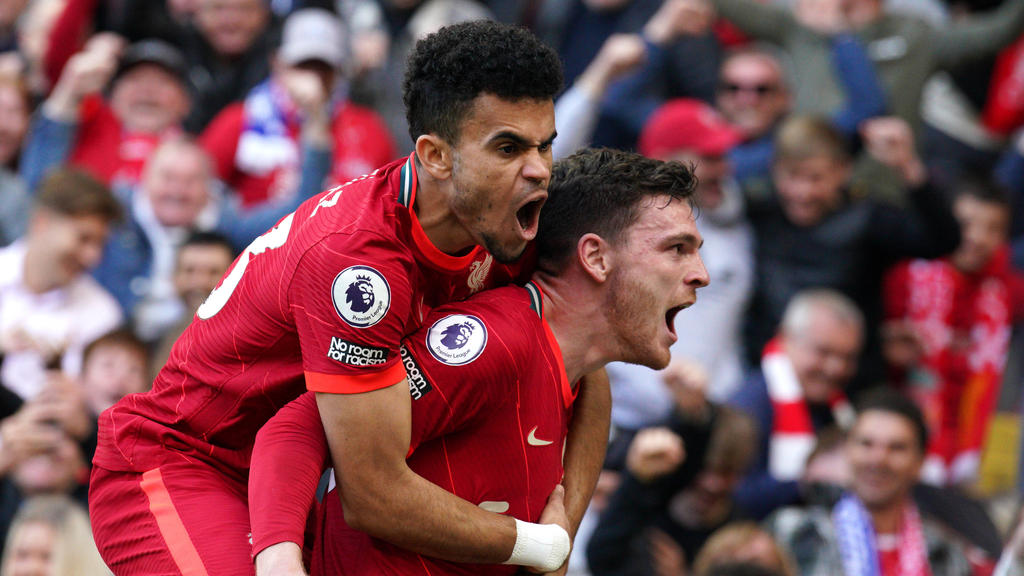